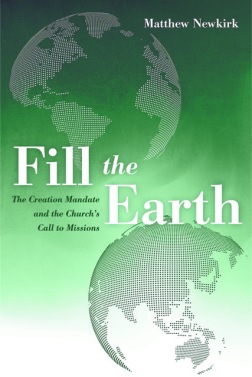 When you read the Old Testament, particularly from Judges onward, you encounter a lot of negativity.

God saved Israel from Egypt by His grace, gave them the promised land of Canaan, provided them with His Torah and temple that they might dwell in His presence, and established the Davidic monarchy to lead them in faithfulness, all so that Israel would live as a kingdom of priests and a holy nation in order to mediate God’s redemptive blessing to the nations.

The reason the OT is so negative is because Israel responds to this grace and provision with perpetual, unrepentant sin and rebellion. And because of this sin and rebellion, Israel fails to represent God’s kingship to the nations. The OT is a story of missional failure.

The Fall of Israel

In Fill the Earth I call this reality “the fall of Israel.” We refer to Adam and Eve’s rebellion in the garden as “the fall,” and rightly so, since that event marks humanity’s falling away from right relationship with God. But in the biblical storyline, Israel’s sin and judgment in the land of Canaan has a similar function to Adam and Eve’s actions in the garden.

Both Adam and Israel receive a mission from God to represent His kingship to the ends of the earth, both fail in that mission because they refuse to treat God as King by faithfully obeying His word, and both are exiled away from God’s special presence. Both Adam and Israel experience missional failure because of their sin.

However, even though much of the OT is negative, it is not without hope for the future. At various points the prophets foresee a time when God will send a faithful Davidic king to lead His people, who upon their restoration from exile will fulfill the creation mandate (Jer 3:15–17; 23:1–6; Ezek 36:8–15). This sets the stage for us to approach the New Testament with an anticipation that God will send such a king, one who will succeed where previous Davidic kings failed, and in so doing mobilize God’s people to fulfill their mission.

The OT closes with Israel restored to Canaan geographically, but still in exile from God relationally. In the postexilic books it becomes clear that what God’s people need is not only a king to lead them in faithfulness, but also relational reparation with God. The righteous leadership of a faithful Davidic king needs to be accompanied by forgiveness for God’s people and an internal heart transformation that will enable them to obey God as King. When we turn the page to the New Testament, this is precisely what we find.

For more info, go to www.filltheearthbook.com. To purchase, go to: 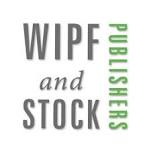